Aerill is a fantasy setting and large world-building project that I have been working on for many years. Aerill is an entire alien planet with unique wildlife and biomes, and even though they aren’t native, humans attempt to live in this strange world. Aerill is home to sky pirates, dragon riders, ancient gods, underground cities, and an original form of magic called Darkwriting. This project is essentially my catch-all for creature design and world building, with the intention of creating an endlessly-developing, robust fantasy world.

Stories in Aerill focus on the relationships between humans and nature, especially animals. People in Aerill often have companion animals that are close spiritual friends as well as hunting pets or beasts of burden. Quests, journeys, adventures, and travels are also a major focus of Aerillian stories.

Aerill is presented in the form of a Wiki.

Humans exist in Aerill but are not native. Humans appeared during an ancient event known as the “Bridge”.

Most of these human populations have been altered with Aerill’s rampant magic over the generations, resulting in six distinct variations of humankind.

Native to Aerill are eight (or nine, if you count the Greater True Dragons) intelligent races of hexapodal non-humans.

Aerill has dragons in every shape, size, biome, and food chain level. Aerillian dragons are characterized and distinguished from non-dragon creatures by their special air-gills, which allow them to breathe more efficiently while moving quickly or flying. 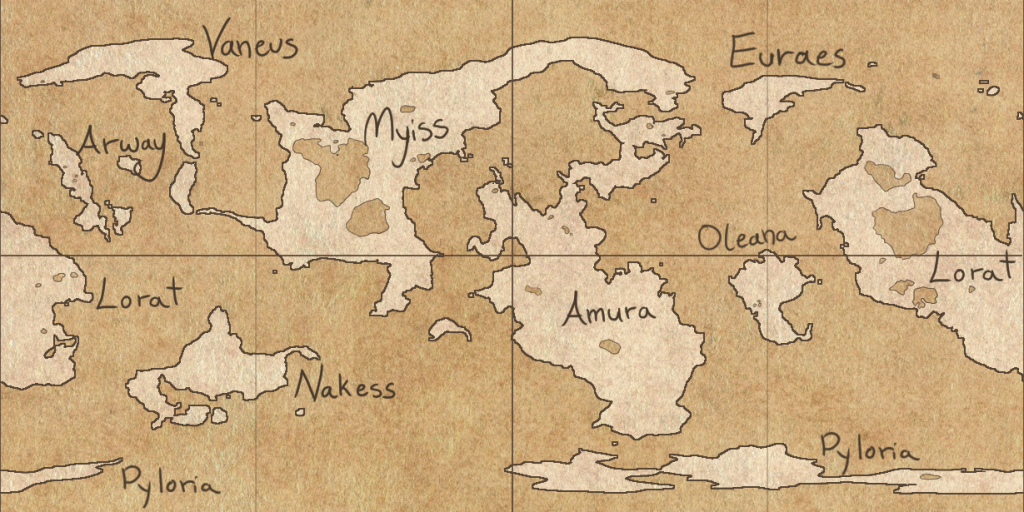