“Dreams” are custom player-made worlds in the furry graphical chat MMO Furcadia, sort of the equivalent of custom/private chat rooms, except that you can control everything within them. I have been an avid Furcadia player since 2004. This page serves as an index of the Dreams I have created and have planned for Furcadia.

Later renamed to just GloWater, this resort is actually still up in Furcadia at time of writing!

The Frozen Forest is a work-in-progress entry for Danival’s Winter Festival, Furcadia’s annual winter/Christmas event. The Frozen Forest was originally conceived as a surreal psychological deep-dive into forgotten, unconscious memories. Not having a good way to convey that in a Furcadia Dream, however, I re-imagined it as a tropical land that has been plagued by vicious ice wolf monsters, and players are tasked with restoring warmth to the land.

Lamplight Hollow is a work-in-progress entry for the Wolf Howl Dream contest, Furcadia’s annual Halloween/Autumn festival. It is an interactive Dream in which players take a lit lantern and light various lamps around a spooky open town, forest, and graveyard area, all while shadow-beings attempt to extinguish them.

An outdoor resort, featuring a bar in a cave, mud bath, outdoor “rooms” surrounded by dense trees, and long outdoor paths to explore with sitting areas and waterfalls. This was my attempt to take all the typical features of a hotel/spa/bar Dream and build  them as separate outdoors features instead of rooms inside of a building.

A floating island in the clouds with a white vine-covered Greco-Roman style temple, featuring a museum of artifacts and a small zoo/conservatory of exotic imaginary cloud animals. Guests arrived on a floating grassy sky-island, surrounded by surreal purple flowers and blue flame.

A bar/hotel Dream that was briefly very well-known (there are even several posts on the Furcadia Community Forums looking for it). Set in a green forest, the Retreat was a wooden building with glossy blue floor tiles and a large number of indoor plants. It featured a lounge, a bar, a spa, 7 hotel rooms each with unique theming, and a large outdoor area with hidden caves and an overlook atop a waterfall. This was easily my most successful Dream ever, with numerous staff (in Furcadia, staff volunteer to perform a role in your Dream in exchange for special perks while in the Dream, such as a custom private room to themselves, the ability to use special commands, or a special in-world avatar) and a pretty stable uptime.

A black and gold Egyptian temple with a sensual exotic nightclub theme. Ebony Oasis was never officially launched to the public, but was intended for Furrabian Nights (FurN), Furcadia’s adults-only region. Guests entered through an outdoor desert oasis at night and went downstairs into the underground nightclub. I wish I still had the walls and floors for this place, which were black stone with carved golden hieroglyphs and in-set shelves of candles. Nothing beyond the front entryway and main lobby were constructed, but it would’ve had many private rooms, a lounge, a bar, and likely a spa.

A large open jungle village deep in a rainforest, inhabited by anthro wingless dragon-people, a custom avatar made just for the dream called the Sylri. Numerous tree-houses and huts dot the main village; players would claim a house as their own and become a member of the village. There was a large communal outdoor “kitchen”, featuring flat rocks over a fire, and players could actually cook gathered food items on the fire. There were also basket items that players could carry around and fill with multiple gathered fruit, eggs, herbs, or meat. There was also a large, partially-submerged temple that could be visited where offerings could be left at an altar.

A tropical rainforest resort located high in the treetops, situated on several wooden platforms and suspended bridges across multiple massive trees. Featuring rope bridges, pulley-based elevators, and overlooks. This was a fully custom patched Dream, meaning ALL objects, walls, and floors within the Dream were my unique creations. I was particularly proud of the leaf-patterned carpets, which had rounded corners.

A huge open rainforest for feral animal roleplay. There were many feral wolf roleplay Dreams at the time, so I wanted to do my own spin on the genre. Players were transformed, based on their existing species, into either tigers, jaguars, boa constrictors, or tropical birds. Clans of big cats could claim a den, usually caves or the interior of hollow trees, and defend their territory. Thunderstorms would occur randomly, and the thunder could even be heard inside the dens. I actually had a number of regular players visit this Dream!

A huge silver stone castle set deep in a temperate forest mountainside. The main room was massive, with a multi-tiered waterfall pouring in from the mountain, and flowing through carved channels. Flowers and other objects would float automatically down the water channel. There were many small nooks and crannies to relax and hide out in. Besides the large main room, there were also guest bedrooms, a restaurant, and a spa. I recall being immensely proud of the indoor river, and the many tiers of seating areas surrounded by waterfalls.

One of my oldest Dreams ever, and also one of my most popular. A large gray stone castle in the forest, housing a facility where guests can adopt a baby dragon, or play as a baby dragon to be adopted.

The Dream featured a “Play Yard”, where guests could bring their dragons to play games and explore together, as well as a café, medical ward, and dragon hygiene center. A later version featured a “hatching sands”, an idea borrowed from Dragonriders of Pern, in which eggs could be incubated on hot sand.

The games changed in each version, but often featured a foot-race or obstacle course (which was problematic because of Furcadia’s unpredictable ping times), a scavenger hunt or coin-digging game, and a “grab the things before time runs out” type game. Guests could exchange their game points for prizes, like special pillows to sit on, or temporary fun effects to use in the Dream.

Strangely, there were also private rooms for senior staff members, and I recall a recurring issue in which staff would be asked to use the “push” commands to send a curious guest off into one of these rooms. 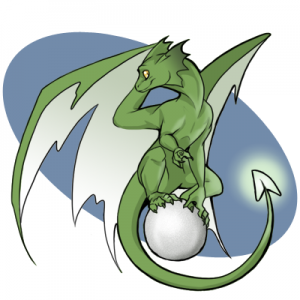 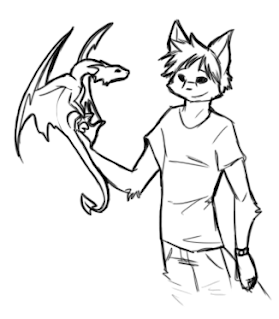 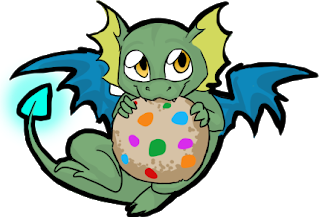 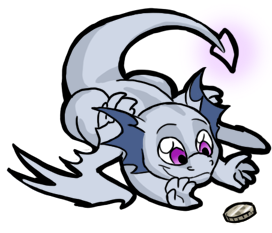