← Back to OCs Index

Clockworks is my canon-compliant Furcadia character.

A sky pirate, he operates as an airship repairman and uses this to gain access to goods and treasure. He has a psychic bond with a Dracosaur (a large type of feral rideable dragon in Furcadia canon) who he rides to make quick escapes with the goods. 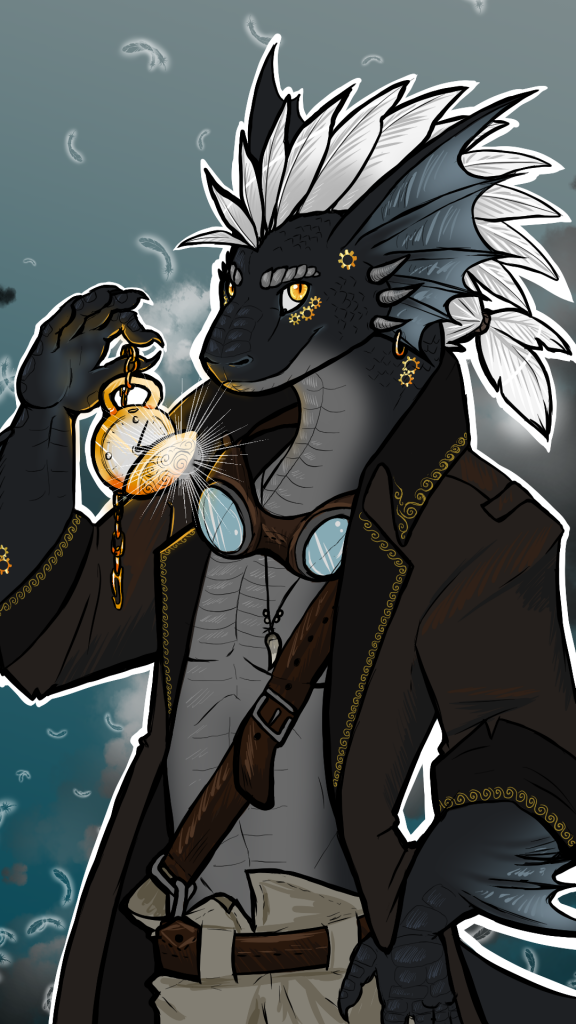